Fun fact: I used to be a ballet dancer. 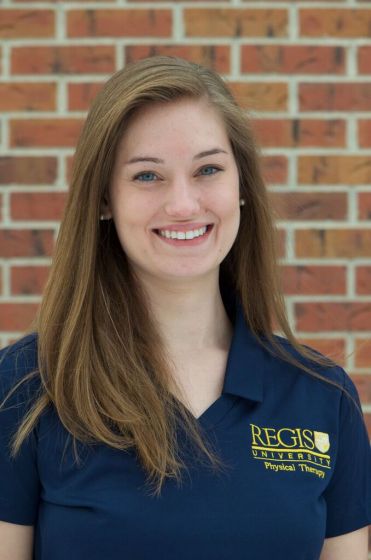 Transitioning from life as a dance major in undergrad to life as a physical therapy student was a challenge.  I used to spend eight or more hours a day in dance classes or rehearsals with a few science classes interspersed. The switch to a mixture of lectures and labs throughout the day was difficult to get used to; as someone who needs to constantly be active, I found my biggest challenge of first semester was sitting in my chair during lectures!  Luckily, because the faculty similarly love movement, we get 10-minute breaks every hour to move around and stretch.

Another challenge I found was getting used to city life.  As someone who previously would do anything to avoid driving on highways, I had to brave rush hour traffic in order to get to school on time.  I tried taking side roads, but it took me almost 45 minutes!  I think it’s safe to say I’ve mastered driving them after a few months of living here (even though my car did die on the side of the road on the first day of school).

Regis does a fantastic job making sure their students feel comfortable. At the beginning of the semester, our class was divided into anatomy lab groups based on our personality and learning types.  This was the most beneficial part of first semester—I was able to take the data from my results and use this to understand how I learn and how I communicate with my classmates and professors (they are surprisingly accurate…and I love personality tests!).  Also, our groups were formed with students of different learning styles; this worked out wonderfully, despite what you might think.  I am a student who doesn’t necessarily like to take on leadership positions.  Luckily, I was in a group where a few students would facilitate how we would go about dissecting or starting a project.  A bonus of spending an inordinate amount of time with a cadaver and my group is that now I have five other students I can go to for anything and feel comfortable working with.

Because of the relaxed learning environment we had in my anatomy group, anatomy became my favorite course of first semester.  The intricate detail and vast amount of material from Cliff, our professor, made it a fun challenge for me and made me determined to work hard to learn as much as I could.  Dissecting was also a new challenge; I think working in groups made it much more doable, though, and we were able to learn from each other.  My biggest piece of advice is to figure out your strengths within the group are and to stick to them when you work together.

Overall, first semester had some kinks in it, but the professors and fellow students really helped out.  I’m looking forward to going to classes with my classmates and learning new material that will build on the fundamentals we learned last semester.