Learn more about the APTA and lobbying! Katie interviewed Michael Hurlbut, a lobbyist for the APTA. 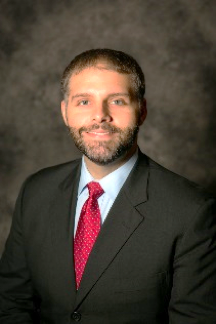 Michael Hurlbut worked for several years on Capital Hill before he came to us at the American Physical Therapy Association in 2009 as a full-time Congressional Affairs Specialist. He previously worked as a staff assistant/systems administrator for Representative Jerrold Nadler (New York’s 10th district which comprises NYC); he then worked for Representative Robert Ernest  Andrews (for New Jersey’s 1st district, including Camden, NJ) and as a legislative assistant and for Representative Louise Slaughter (New York’s 25th district). Michael has a background in sports medicine and was interested in healthcare and policy. So, when the job opened at the APTA, he felt it was a good fit for his interests and strengths.

Michael was kind enough to explain to me some of the logistics of what goes on in Washington and what it looks like on the ground. I appreciated this perspective; as a PT, this whole world is pretty foreign to me!

Each congressman or congresswoman has a chief of staff and multiple staff members who listen to issues presented by either individual constituents or lobbyists that represent groups of citizens.  For example, the APTA would count as a group of constituents with similar interests. The staff team then updates their member of Congress on important issues and perspectives.

What does a lobbyist do?

The APTA currently employs three lobbyists, each of whom focuses on different issues within the field of physical therapy. Michael’s areas of specialty include post-acute care, self-referral, workers comp, and Veterans Affairs/armed services. He monitors everything relating to those issues–including bills that are being proposed, progress on relevant ongoing legislative actions, and upcoming meetings which will be held on issues pertaining to his areas of specialty (for example, the congressional committee on Veterans Affairs). In his day-to-day work, he performs research to better understand the issues, he finds data surrounding each of them, he attends hearings and talks to constituents, and he matches up each issue with the correct APTA staff member.

Once he has all of his information, he prepares the APTA’s position on the topic. This could include creating a few talking points to be included in a conversation, or it could include a formal “Statement for the Record:” this is considered the formal stance of the APTA and must be approved by the APTA’s Executive Vice President for Public Affairs. He will set up meetings with members of the committee or other members of Congress to discuss the relevant issues.

Legislation can start in these committees and proceed out into the House or the Senate for a general vote if approved; legislation can also be proposed by the House or Senate Majority leader. Legislation with broad/bipartisan support in a committee may have a higher chance of being approved by Congress in general, but sometimes this is not the case.

Whether the bill starts in a committee or is proposed by the Majority Leader, Michael emphasizes that it is important to identify members of Congress who will be sympathetic to the issues that the APTA cares about. He notes that getting any bill through Congress is a slow process and it may take several congressional cycles to see any change. It is important to provide data, a convincing argument, and show a “grassroots” initiative–which, for us as PTs, would include individual practitioners and patients contacting our representatives and senators.  Change is typically incremental; as PTs, we can relate to that!  We are accustomed to slow, additive changes with a lot of our patients: even as patients make limited progress (or even have setbacks), we have to keep the bigger picture in mind and continue to work towards change.

Michael also points out that it is essential to recognize when it may be better to work directly with an agency (such as CMS for some of the Medicare/Medicaid issues).

How can we support legislative changes impacting our profession and our patients?

In addition to direct involvement with lawmakers (check in next week to read more about that!), we can support changes in legislation through continued APTA support with both membership dues and with donations to the PT-PAC (Physical Therapy Political Action Committee).

PT-PAC pays for one of the Congressional Affairs Specialists (Michael or one of the other lobbyists) to attend the fundraising events for the re-election of members of Congress who have supported our initiatives in the past. Attending events is one of the most important ways to forge stronger contacts with members of Congress and their staff,  and it also increases interaction with other lobbyists who may support similar issues. APTA does not allocate PAC funds to individual candidates in hopes that they will support relevant issues. APTA member dues pay Michael’s and the other Congressional Affairs Specialists’ salaries, but the dues are not used for the PAC. So, when you pay your dues online to APTA, there’s a separate line item that asks you if you would like to donate to the PT-PAC.

The PT-PAC is among the top 10 political action committees of national health care organizations. If every APTA member donated $20, it would be the #1 healthcare PAC–that’s even bigger than the orthopedic surgeons’ organization! 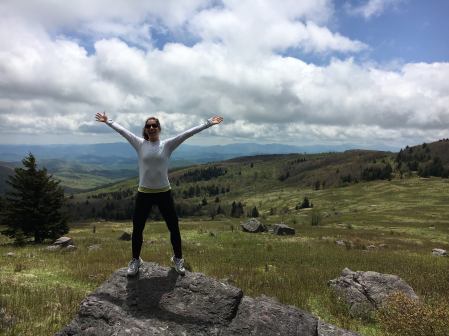 My name is Katie Baratta, and I just graduated from Regis University’s School of Physical Therapy. I had the opportunity to spend two weeks at the APTA doing a student internship. I was able to talk to many different members of the APTA, attend the Federal Advocacy Forum, and learn so much about what the APTA has been doing to move our profession forward. I’ve written a series of posts about my experiences here at the Association.

Check in next Tuesday to learn more!